The Colonial Gardens at the Weeks Brick House

The gardens at the Weeks Brick House were designed in 1977 by noted garden historian Ann Leighton and Katharine C. Weeks. The garden beds comprise a typical housewife’s garden of the late 17th century, which contained all the herbs and plants essential for a New England household.

These gardens were functional — the concept of a “pretty” garden would have been alien to a woman of the 17th century. Plants were not in neat, even rows. Every inch of available space would be used, not only to yield as many herbs as possible, but also to act as a weed repellent. Sometimes small fruit trees were planted in these gardens. Because there was no order, every garden was different, planted according to the whims of the women of the household.

Every herb and plant fell into one of three categories: medicinal, household, or culinary. Often herbs and plants fell into multiple categories. For a complimentary Weeks Brick House & Gardens information sheet on colonial and modern-day herbs for culinary, medicinal, and household use, click here.

Enjoy these scenes from the garden 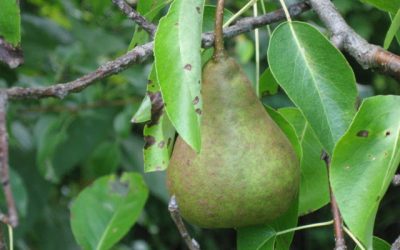 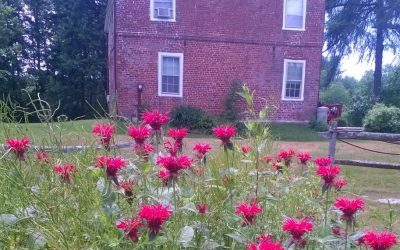 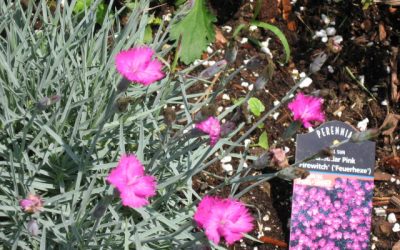 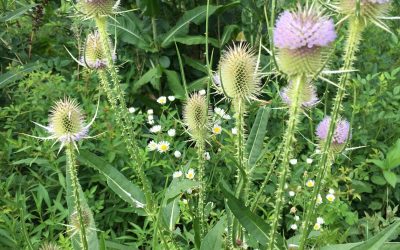 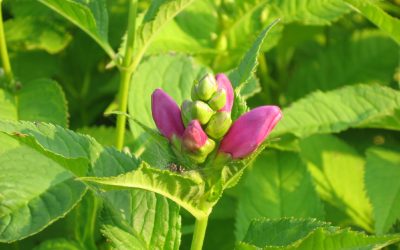 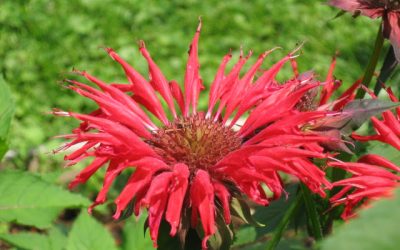 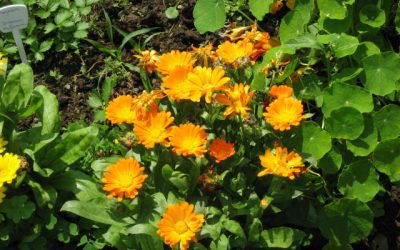 In the years since the garden was first planted in 1977, some orchard stock has been lost, and most of the vegetable garden area has been made available to Weeks Brick House tenants. But thanks to hard-working volunteers over the decades, many perennials survive.

In spring 2009 Leslie Stevens of Portsmouth, a UNH Cooperative Extension Master Gardener, began the restoration of our historic gardens. In preparation, she studied materials about the house and property, and also investigated our connection to Portsmouth-born garden historian and author, Ann Leighton (Isadore Smith).

The herb gardens were restored according to the original garden plans. In addition, a small-scale WWII “Victory Garden” was planted, amplifying on a significant chapter of Isadore Smith’s life. The vegetable harvest was donated to a local food bank. In 2010 the gardens were featured on the Portsmouth Pocket Garden Tour. In the years since, the bountiful vegetable harvest of the Victory Garden continues to be donated to the local food bank. Want to be a garden volunteer? Contact us!

A history of the Weeks Brick House gardens


The Colonial-era gardens at the Weeks Brick House began as an effort to distinguish the Weeks Brick House from the many other historic homes and landmarks in the Portsmouth region. Katharine C. Weeks, herself a lifelong gardener as well as a writer on the subject, first suggested the idea. In the preface to her 1993 book, Gardening With New England Colonial Plants: Their History, Uses, & Culture, “Kitty” Weeks explained how the idea became a reality:

“In 1977, the late Isadore Smith (a.k.a. Ann Leighton), a noted author, lecturer, and designer of historic gardens, inspired me to learn more about the history and uses of colonial herbs and plants. After attending a lecture by Ms. Smith on colonial gardening, I asked her to assist with the planning of an authentic 18th-century housewife’s garden and orchard for the Weeks Brick House Association, a non-profit organization in Greenland, N.H. … To help differentiate the Weeks Brick House and provide a unique and educational reason for the public to visit, I suggested that the Association recreate an authentic New England colonial garden, which likely existed adjacent to the house in the 18th century. With Isadore Smith’s guidance, the garden was designed and planted in 1977. Nearly two decades later, members and friends of the Association still meet every spring to refurbish the garden with the same herbs and plants that thrived in the 1700s.”

The photo at the right shows some of the earliest work on the Weeks Brick House gardens. It is important to note that in those ensuing decades, Kitty Weeks provided the inspiration and leadership — as well as new plants, fertilizer, and mulch — to maintain the garden. In more recent years, assorted board members, garden volunteers, and especially Master Gardener Leslie Stevens, have provided the leadership and the labor to carry on Kitty’s vision.

The section below shows the original Weeks Brick House garden plan developed by Isadore Smith (Ann Leighton) in 1977. Kitty Weeks noted that “The Weeks Brick House colonial garden is laid out in three rectangular beds representing medicinal, culinary, and household herbs and plants. Although it was not common practice during colonial times to separate plants according to use, Mrs. Smith thought it would be easier for the public to find the plants if they were arranged in this manner. The layout of the garden with its three rectangular beds, vegetable garden, and orchard is a design which could have been used in a country garden during the colonial period.”

Visiting the gardens at the Weeks Brick House

The gardens are open for self-guided tours during daylight hours. (Please respect the privacy of our tenants.) For a guided tour, contact us about scheduled “Garden Hours,” or to arrange a tour. For a self-guided tour, download this up-to-date garden information sheet and plot plan.
Click here to view or print a high-resolution PDFof the 1977 garden plan by Ann Leighton (Isadore Smith) and Katharine C. Weeks. 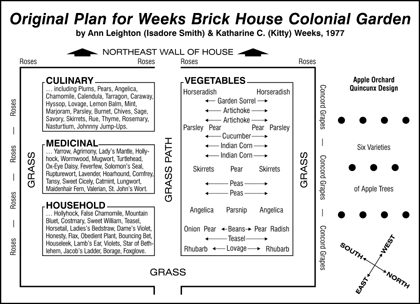 The Colonial Gardens at the Weeks Brick House

The gardens at the Weeks Brick House were designed in 1977 by noted garden historian Ann Leighton and Katharine C. Weeks. The garden beds comprise a typical housewife's garden of the late 17th century, which contained all the herbs and plants...

END_OF_DOCUMENT_TOKEN_TO_BE_REPLACED

Ann Leighton was the professional name of Isadore Smith (1902-1985), the renowned garden historian, scholar, author, designer, and landscape architect who, with Kitty Weeks, designed the...