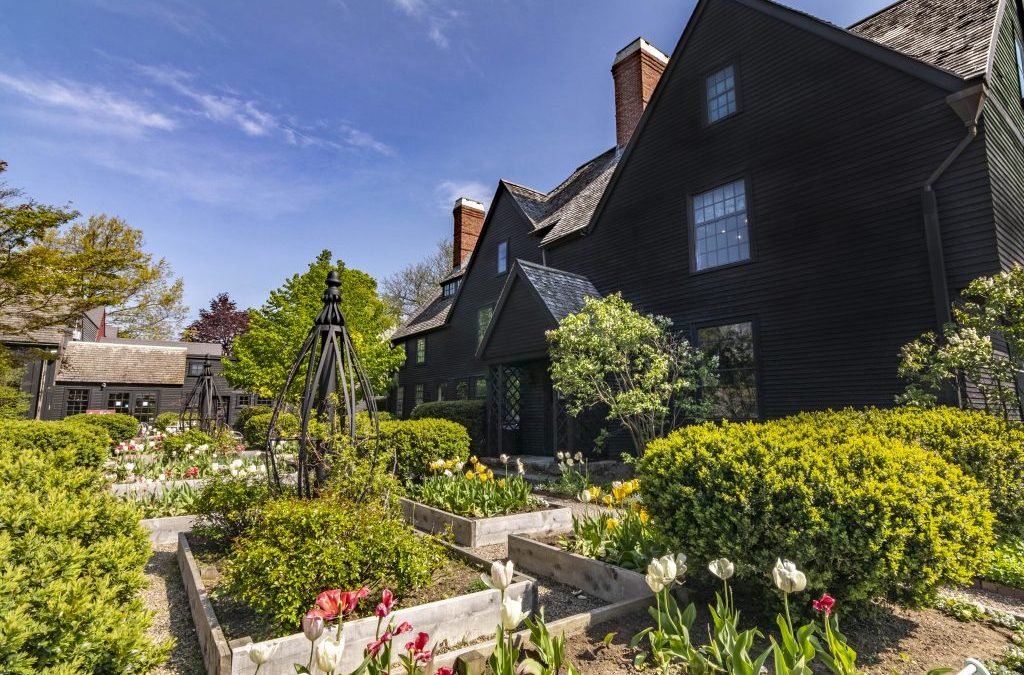 Ann Leighton was the professional name of Isadore Smith (1902-1985), the renowned garden historian, scholar, author, designer, and landscape architect who, with Kitty Weeks, designed the colonial-themed gardens at the Weeks Brick House.

Isadore Leighton (Luce) Smith was a native of Portsmouth, N.H., and graduated from Smith College in 1923. She married Col. A. William Smith, a British Army veteran of WWI, and lived most of her life in Ipswich, Mass. While living on Argilla Road in Ipswich during WWII, she wrote While We Are Absent, a book about the challenge of maintaining home and raising her children while her husband, who once again answered his country’s call in wartime, was serving in Europe.

Among many commissions, she designed the garden at the 1677 Whipple House, which is owned by the Ipswich Historical Society. Over many years Mrs. Smith combined her encyclopedic knowledge of early gardens with New England history in three volumes, the first of which, Early American Gardens: For Meate or Medicine, was published under the pseudonym of Ann Leighton by Houghton Mifflin Co. in 1970. A second volume, American Gardens in the Eighteenth Century: For Use or For Delight, was published in 1976. A third volume, American Gardens in the Nineteenth Century and After: For Comfort and Delight, was published posthumously in 1987 by the University of Massachusetts Press. The trilogy of 1350 pages of scholarship is still in print today.

Isadore Smith neatly summed up the staying power of her subject matter in a brief book-jacket teaser: “While buildings may decay and crumble, the plants of every age are still with us and need only to be collected and replanted to speak for the time and its people.”

To purchase a copy of Early American Gardens by Ann Leighton, visit our Donate & Shop page.